Operating in Malta since 1961

In 1961, John Calleja managed a small business consisting of animal feeds. The organization, registered under ‘J. Calleja’ entered into operation when a woman asked John for a box of tinned evaporated milk. He researched and bought 2 boxes instead of one. He sold a box to the said woman and managed to sell the other box to another client. He then proceeded to buy another 10 boxes and slowly the business started picking up.

In 1970, John expanded his business venture by renting out a central outlet where he opened a self-service supermarket, the only one in Mellieha and second one on the island at the time. This business flourished and it was soon time for John to venture into a related line of business: food and non-food wholesaling. This was quickly followed by John purchasing his first warehousing facilities, investing in equipment and staff.

Today, J. Calleja Import & Export Ltd , is run by two of John’s sons and supplies food & non-food products to a vast range of retail and HORECA establishments spread across the island. The company has now revised its strategy to position itself as a major local importer, representing and distributing its own brands. 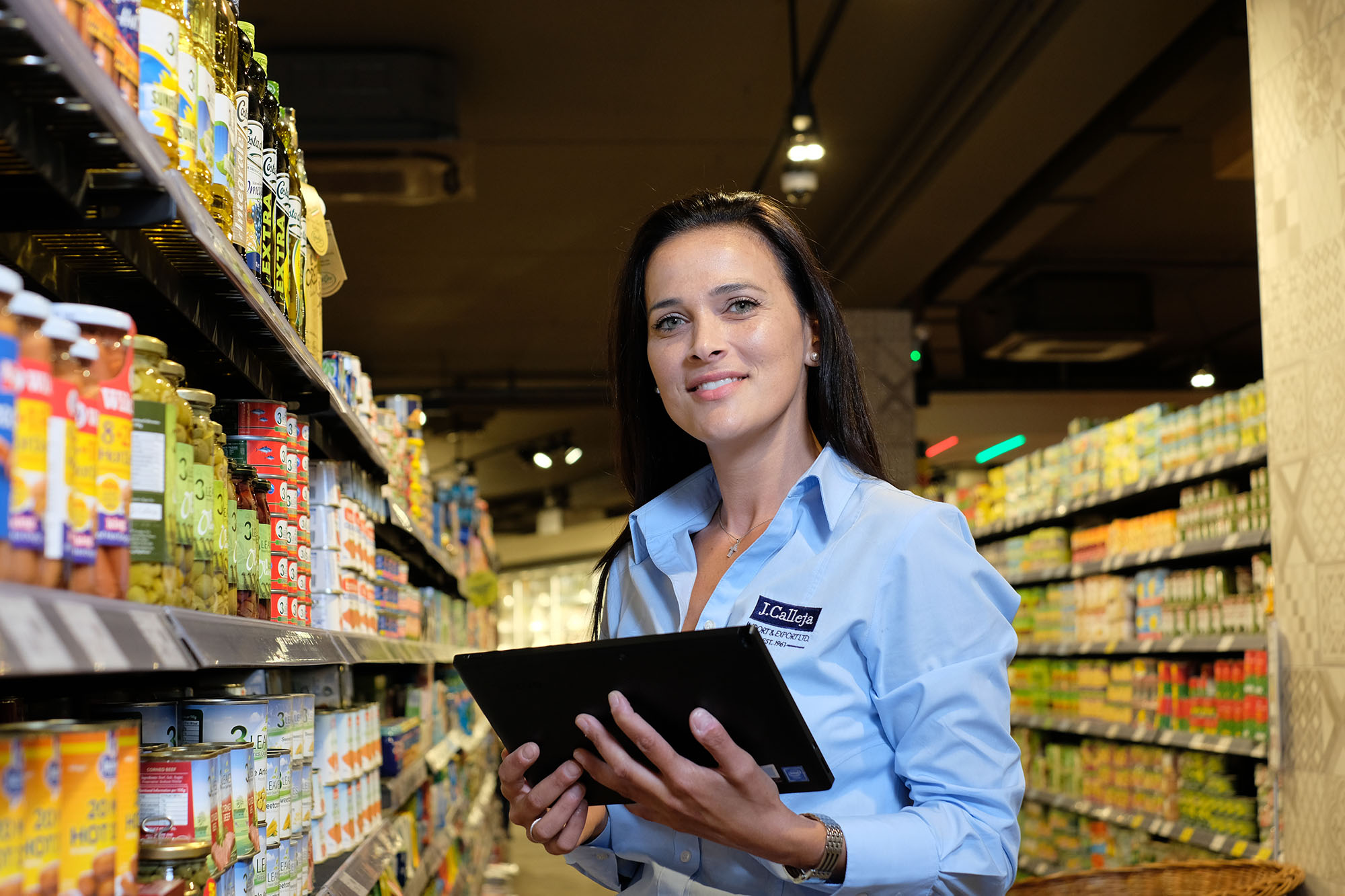 At J. Calleja Import & Export Ltd., we import, sell and distribute well known food and non-food brands to our clients in the retail and catering sector. We aim to provide superior customer service to our clients and offer high quality and healthy alternative products to the end consumers.

Our main assets are our employees; therefore, we encourage teamwork, a healthy work – life balance and policies which encourage their future development within the company.

As J. Calleja Import & Export Ltd., we are always looking to invest in resources, technology, warehousing and looking for good quality brands to be introduced into our market, which enables our company’s growth.

We use cookies to ensure that we give you the best experience on our website. If you continue to use this site we will assume that you are happy with it.OkPrivacy policy